In case you hadn’t noticed, your child’s school has switched to an online learning model. The comfort of your status quo has been supplanted by the stress of your sudden responsibility to guide child into the unknown. Perceiving this scenario as wholly negative is certainly understandable, but doing so would overlook the singular opportunity to tailor your child’s educational experience in ways hitherto unavailable.  In districts scrambling to implement a remote-learning program, parents can capitalize on the disruption to alleviate some major stressors hindering their child’s learning.

Below are several key points to consider when advocating for your child:

1.   Know Thine Enemy (and who is NOT thine enemy)

Less dramatically stated: Advocating does not need to be an adversarial relationship. The teacher is not the enemy. Consider the teacher’s situation:

Your child’s teacher helps students master a broad set of curricula through a variety of activities, investigations, and projects. As an integral part of the instruction, he or she invests considerable effort building a rapport with the kids, helping them learn to work collaboratively and build interpersonal skills as they learn the material.  Then in March, your child’s teacher was required to summarily discard every lesson plan he or she created over the past several years and develop new methods to teach the same curriculum but without the proven strategies around which the program was architected.

The enemy is Fatigue.  The rapid transitions, pivots, and long hours of retooling a complex program are depleting everyone’s energy reserves. When reaching out to the teacher, remember that you’re all on the same team and are struggling against your fatigue from work, from uncertainty, and from worrying about how to best help your student.

Before reaching out, ensure that the problem is well defined and still relevant. In some cases, the structural shift to online learning may have resolved some problems.  For instance, children who normally have an accommodation allowing them to work in a less-distracting spot in the classroom no longer find themselves in a situation where that is relevant. Similarly, children struggling with anxiety may now be in an ideal learning environment. In most children’s cases, the asynchronous, online learning model carries a fantastic benefit.  It does not waste much time. If a child finishes the assignment early, they’re not given additional, mind-numbing busywork as a “reward” while he or she waits for classmates; the child is free to go do something else.

Because this is an online learning format, you have easy access to all the content your student does.  Review the lessons, ride along with your student through a couple scenarios and directly observe the problem. Relying on anecdotal evidence is no longer required.

Having observed the actual problem, can you articulate it succinctly and clearly? Before reaching out to teachers, identify a single problem that can be articulated in a single sentence.

The other component in an executive presentation is to come with a solution in mind. Invest the effort ahead of time to determine a feasible solution. This is where your preparation directly combats enemy #1 (fatigue). 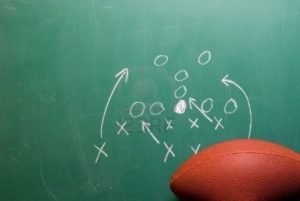 When designing a solution, the first step should be to determine what you and your child can solve on your own.  If the lectures are boring, play them at 1.5x speed or watch a comparable tutorial on Khan Academy. If your child has already read a book covering this material, jump straight to the assignment portion and see if it can be done with the knowledge your child already has. Only go to the teacher if a feasible solution can’t be resolved at home.

Notice that I keep qualifying the word solution.  If the scope of your request to the teacher involves re-recording his lectures with a more animated voice, you have proverbially shot yourself in the proverbial foot. Presenting a feasible solution is the point at which you can really optimize the effectiveness of your advocacy.

It is sometimes possible to go beyond mere feasibility. From your observations in step #2, you should also note what has been done well. Ideally, any solution proposed would build from the best aspects of the instructor’s work. It is difficult to overstate the importance of giving the instructor recognition for their successes and building thereon.

I saw this firsthand when I reached out to one of my son’s teachers.  Some of the assignments took many hours to complete and I also observed there was an extra credit section at the end of each lesson my son wanted to do but could never get to.

When I reached out to his teacher, I stated the problem succinctly and suggested as a solution that my son could swap and start with the extra credit as his primary work because the more creative, deep-learning nature of the assignment would be more fulfilling to him and I believed his subject mastery would not be impacted negatively.  I called out that my son loves him as a teacher and enjoys learning the course content in general.

The response I received was concurrently exhilarating and crushing:

“I’ve gotta say, this is may be the first time that I’ve ever received a parent concern email with a provided solution – let alone a solution that is such a great idea!”

The instructor was open-minded and enthusiastic about helping make my son’s education more fulfilling. I was crushed, though, by the statement that this instructor had never received a parent concern email with a provided solution.  I can’t speak for how any of those other contacts worked, but it was clear that proposing a feasible solution that built on the positives was exactly the right approach.

As with my caveat to propose only feasible solutions, I want to caution that the decision to notify be a last resort and be used sparingly. This can be a powerful tool, but constructive collaboration should always be the first approach.

The "Notify" approach has been enabled by the shift to online learning. Prior to online learning, the teacher unilaterally controlled almost all learning decisions, while parents were relegated to the status of petitioners. Now, as all work is now done within the home and parents' locus of control, parents can step into a more equal partnership role with the teacher.

As we continued to support our children’s remote work, we found that the math assignments being provided for our youngest son were far below his ability level. The solution seemed simple enough in our minds—provide him with more challenging work. Unfortunately, this child’s teacher had previously demonstrated an unwillingness to collaborate on any solution.

After significant consideration, we decided to find and provide our son with more challenging work to replace the lower-level assignments.  We then notified the teacher that our son would turn in the work we provided in place of the normal grade’s coursework.  The teacher acknowledged our decision and we now have a path forward where our son can work at his level and the teacher’s workload is not increased.

Even though only a month or so remains in the schoolyear, the proactive advocacy by parents on behalf of their children can yield significant dividends. Your advocacy can foment an environment wherein your child’s learning can be optimized, or even enhanced, by the flexibility of this remote learning model. Throughout it all, remember to:

1. Be aware of the fatigue everyone feels right now
2. Watch for and identify issues that can be resolved by advocacy
3. Develop a feasible solution
4. Pay attention to whether it’s more appropriate to ask or to notify