Being “Gifted” may not mean what you think it means

It’s easy to talk about gifted students as though their “gifts” have set them on a warranted path to win a Nobel Prize, become the next Mozart, or be elected president. Somehow, the idea remains prevalent that gifted kids will fulfill their world-changing destinies in the face of any circumstance.

Nothing could be further from the truth.

Megan Farr, one of PATH’s founding board members, owner of Farr Law Group, and mother of two highly capable daughters, has spent years researching giftedness and its implications. In this event she shared an introductory overview of what it means to be gifted.

While the priceless discussions we had can’t be captured or replaced, the materials presented can be found below. 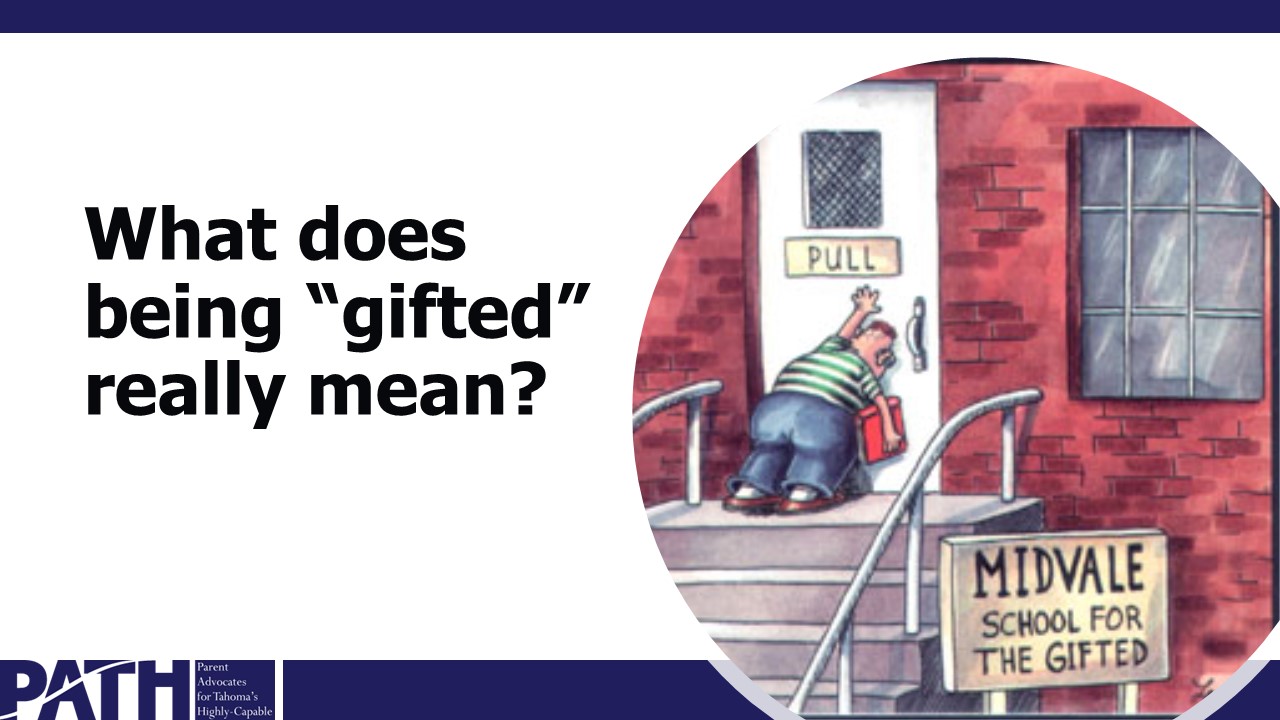 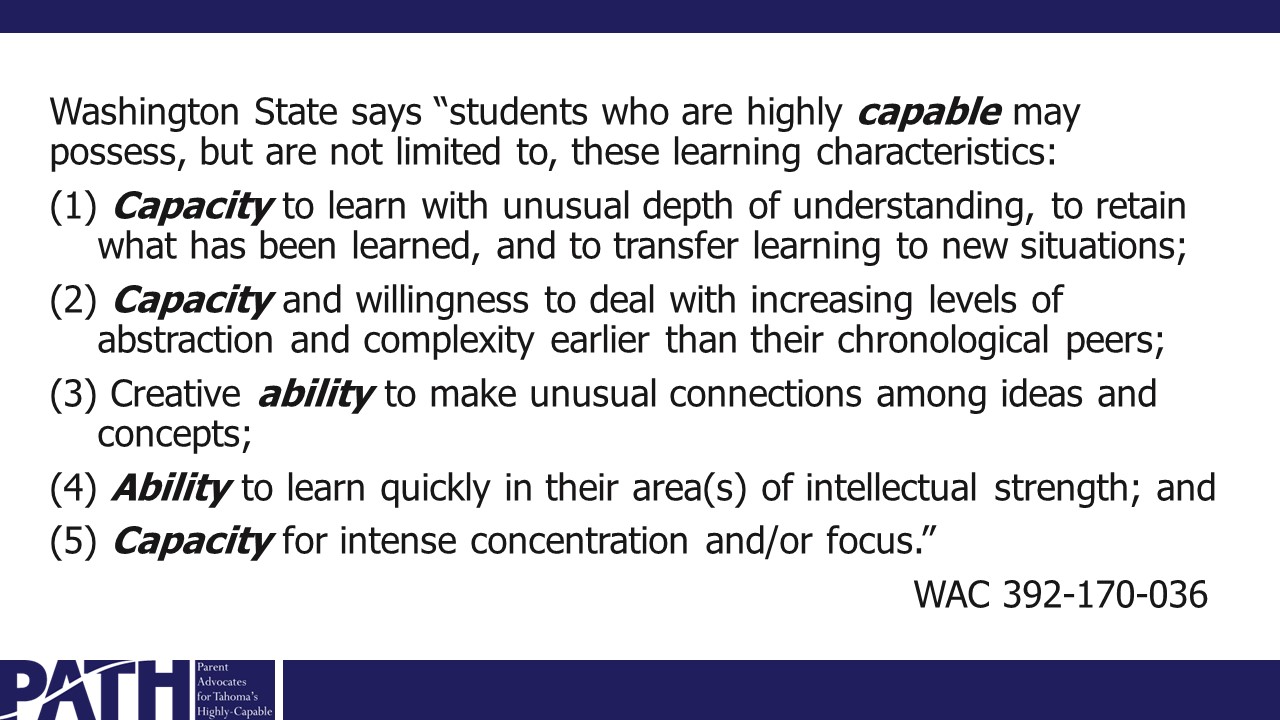 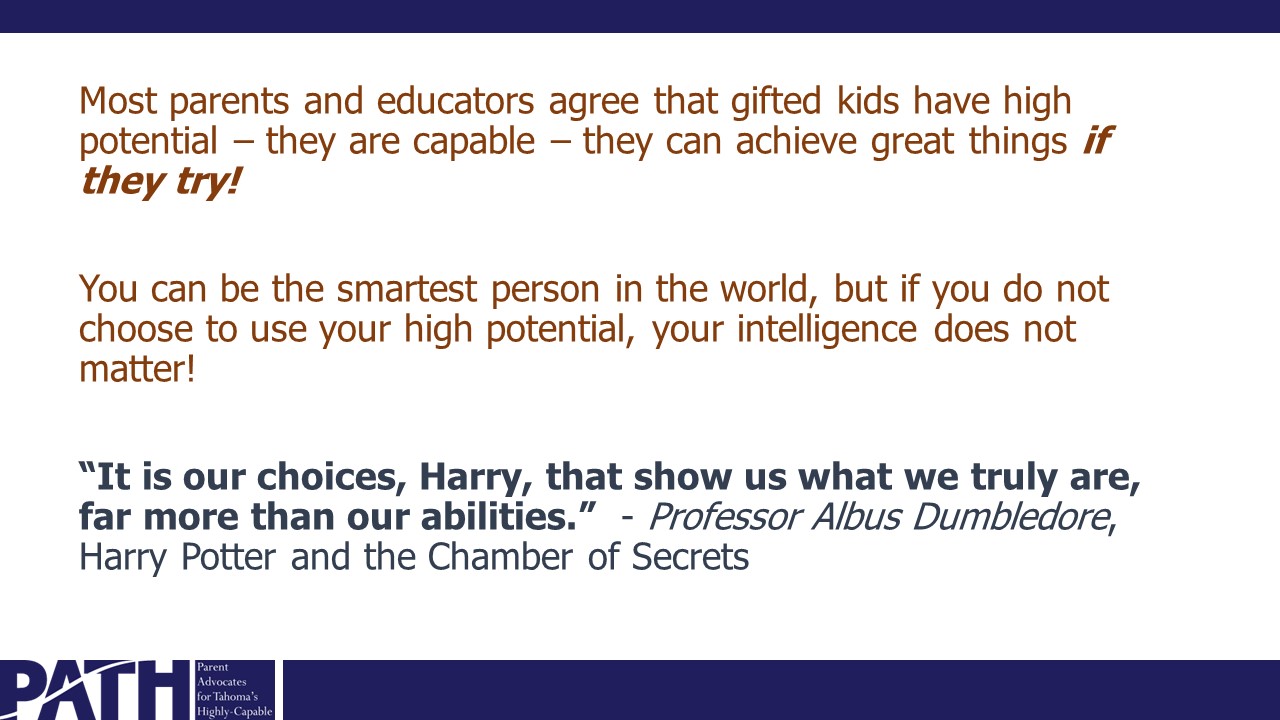 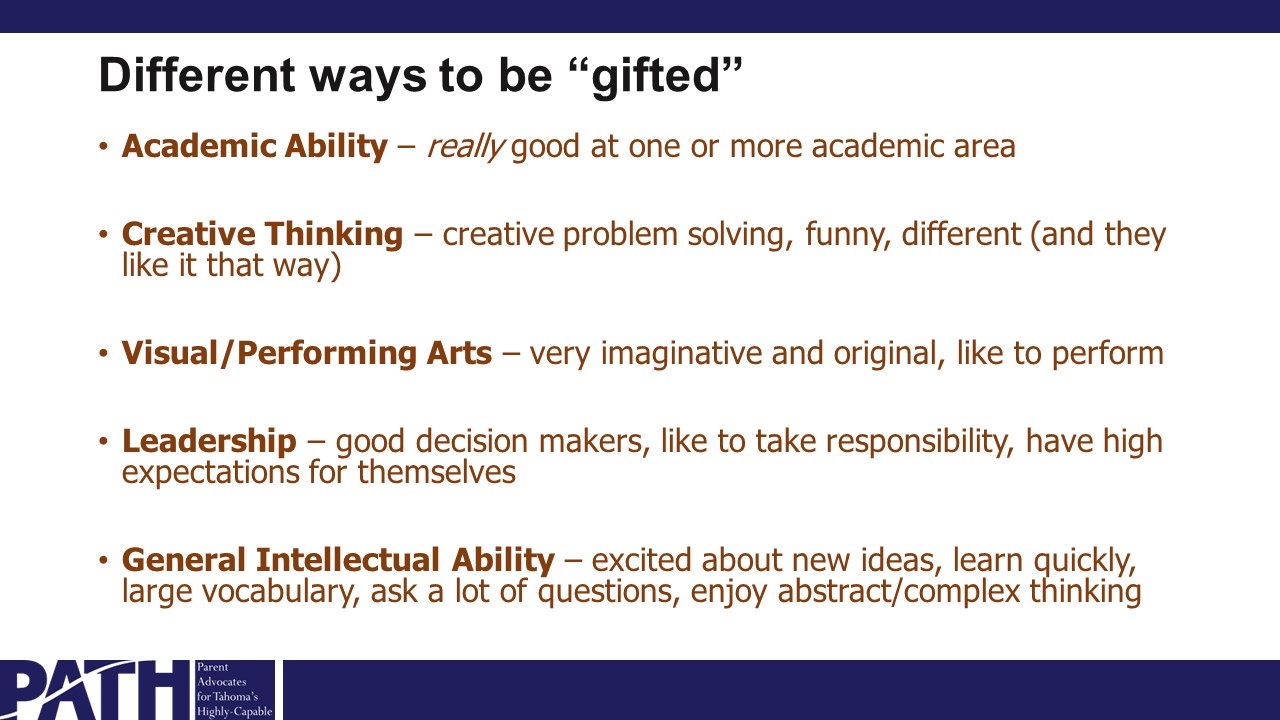 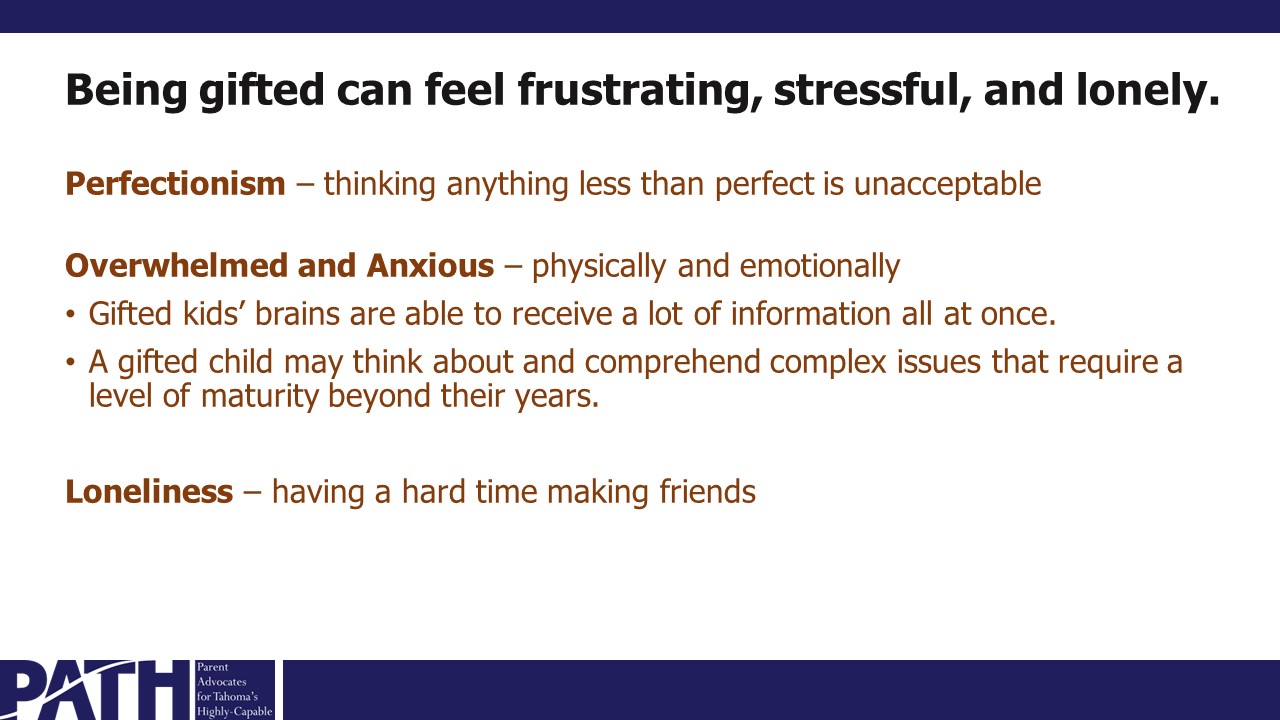 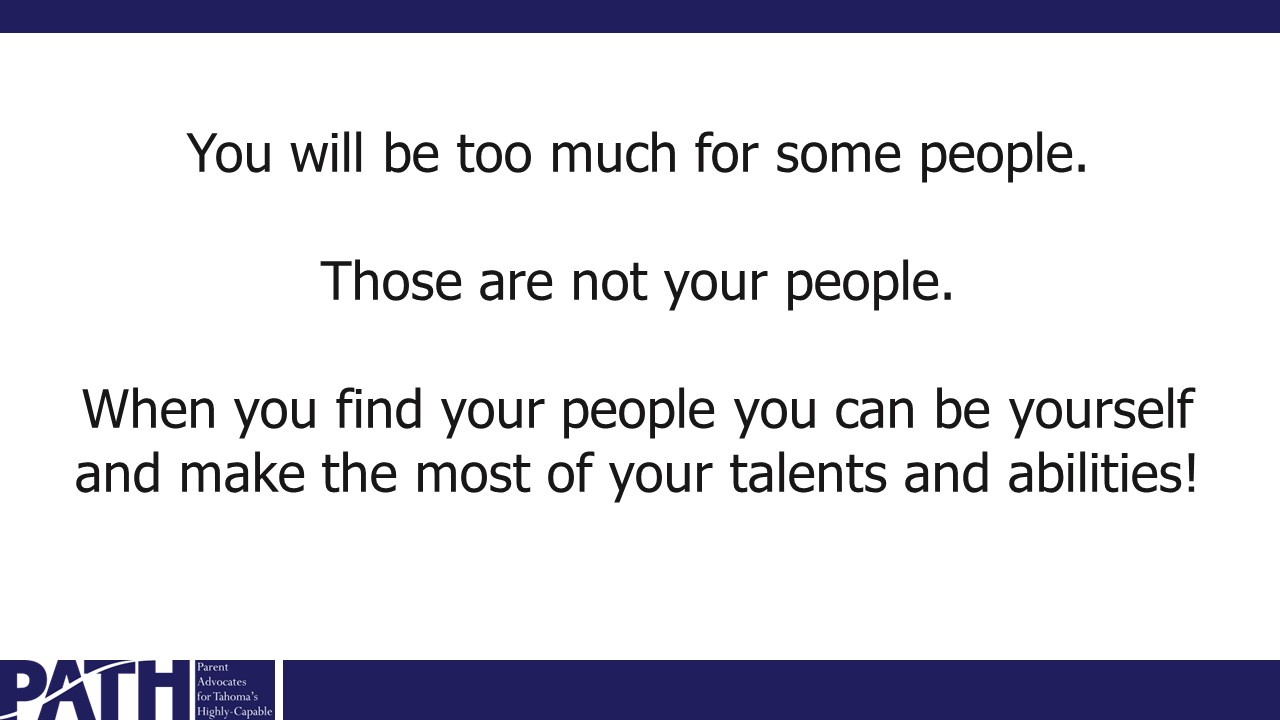 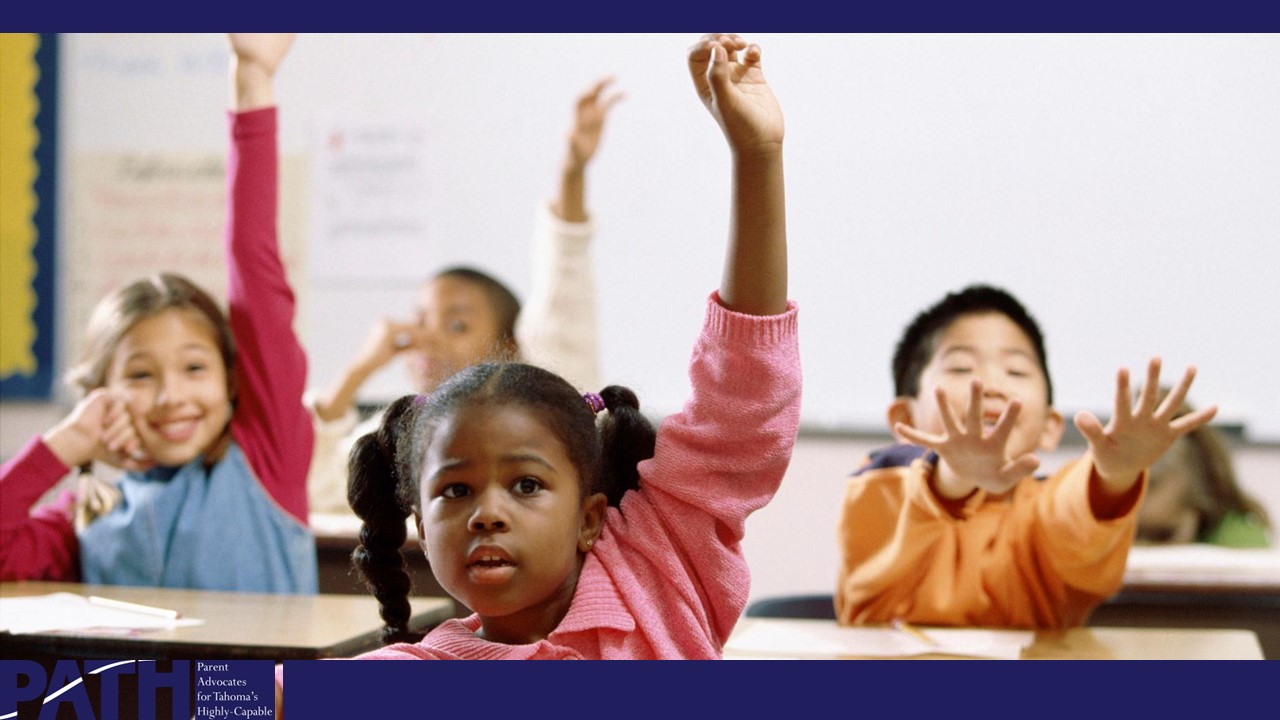