The school board held a special meeting this week to go over budget details and the revised dress code. All five board members were there, and two of the candidates running for office were also there: Pete Miller and Jamie Fairbanks.

The budget discussion was an overview. Here is the draft budget for revenue for next school year, alongside this past year’s numbers: 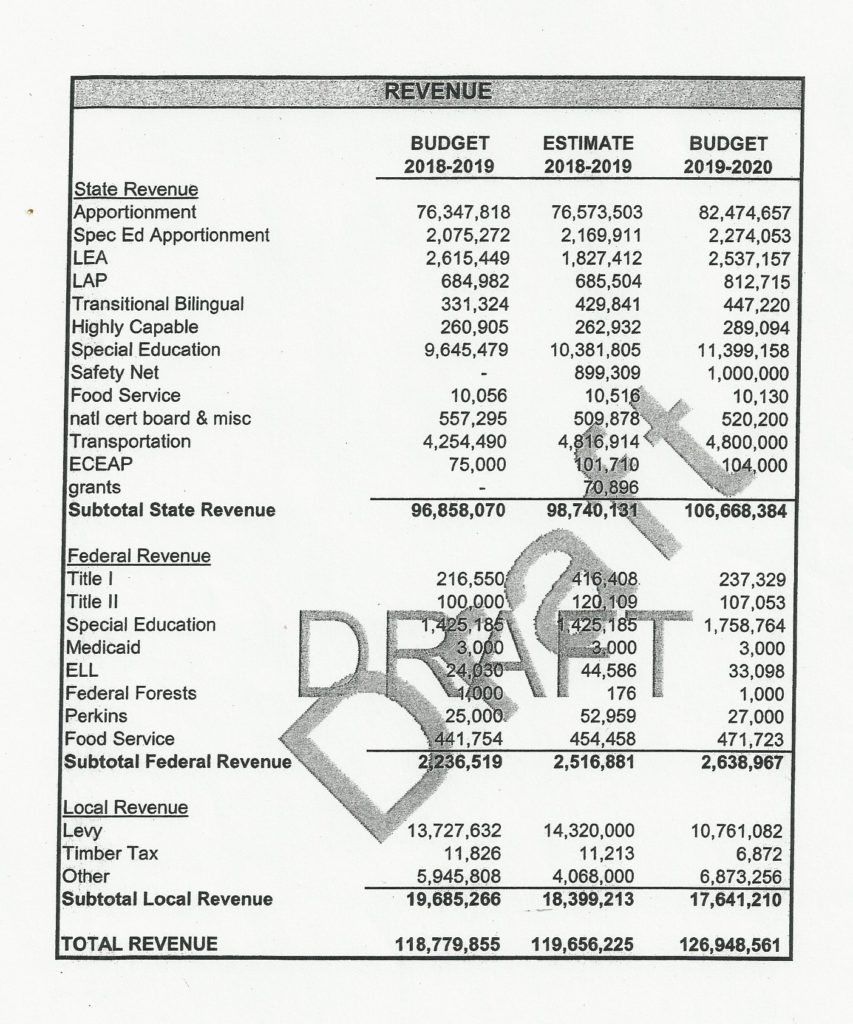 The highly capable funds are received from the state. Right now, Tahoma School District does not track the expenditure of that money in its own category.

Here is the draft budget for the general fund expenditures, including a projection out for a few years: 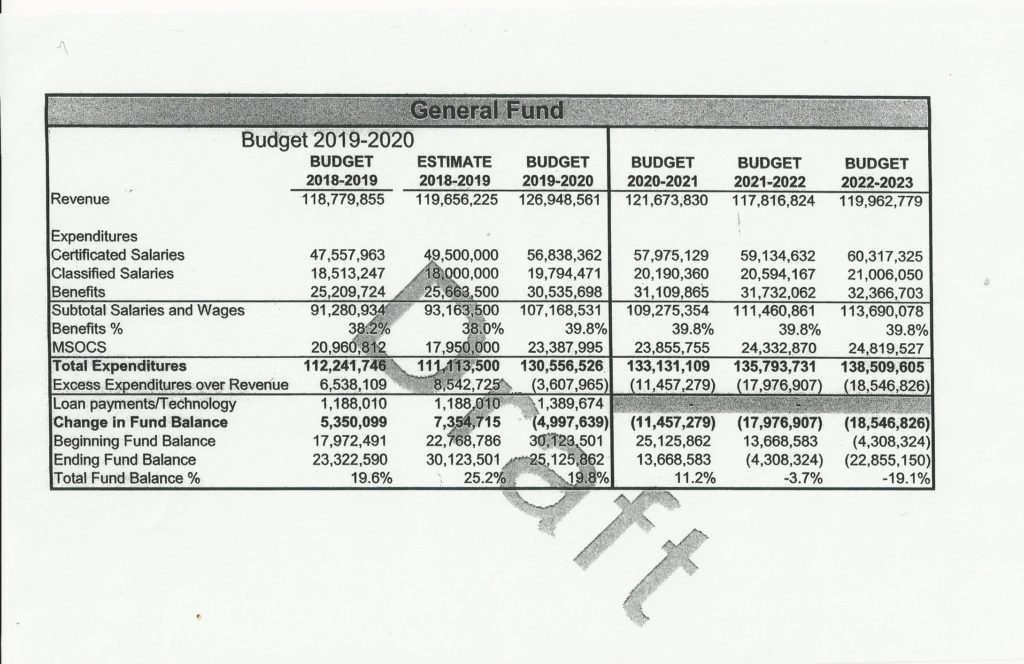 The projected budgets for future years are based on current growth rates, so Lori Cloud, Assistant Superintendent and Director of Finance and Operations, cautioned that these are just initial estimates. However, the board is concerned about the projected negative balance.

On the line in the chart titled Excess Expenditures over Revenue, you’ll see some numbers in parentheses, meaning those are negative numbers. In those columns (years), TSD is expecting to spend more than they take in, and the Fund Balance rows at the bottom of the chart show how quickly the district savings account would run out under those circumstances. The board suggested that this issue would be alleviated by a new levy from the public, however they already expressed concern that some programs might need to be cut if a levy does not pass.

Although highly capable was not mentioned specifically as part of the discussion, I think it is good for us to be aware of the concerns TSD administrators are facing. We as PATH parents need to keep in mind that any program expansions we request (such as our current focus at the middle school level) will be entering this climate.

Didem Pierson, school board president, pointed out that there are two parts to the dress code: the policy (made by the school board) and the procedure (made by district administrators). The board has already reviewed the revised policy. At a future meeting, the board will discuss their views on the current procedure and how well it aligns to the new policy. Then the district will revise the procedure accordingly. They want to have changes in place before the start of the new school year.